There and back again

What a day this has been.  I have never seen anything that approaches the devastation I witnessed in Joplin.  It truly makes ones heart ache for the people of that community.  Words do not suffice to begin to describe the she extent of wreckage the was inflicted on the town and its residents.   Picture can convey a glimpse but fail to show the size.  Thanks to Google's Street View, I was able to recreate some before and after pictures.


Such as this street: 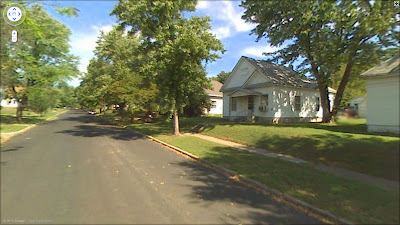 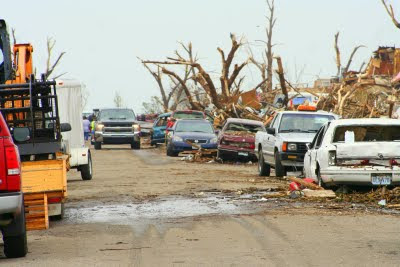 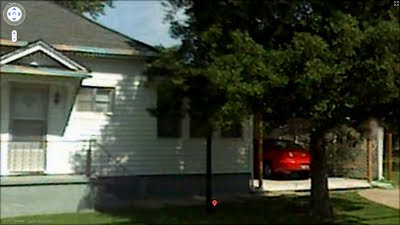 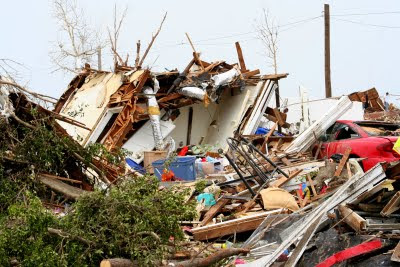 The woman who lived in the house above survived somehow by riding out the tornado in her bathtub which was located in the area that is still upright in the center of the above picture. 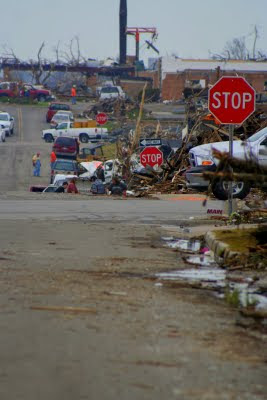 I think what amazed me the most is that the death toll is currently at 142 and not magnitudes higher, because this amount of devastation went on unchecked for 6 miles through the heart of town in a path that was one half to a mile wide. 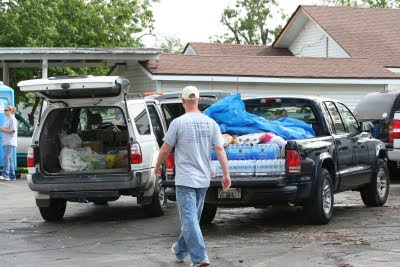 Seven of us set out from Tonganoxie on Saturday and arrived with 4 carloads of donated food, water, and personal items that were donated by friends, neighbors, and local businesses.  We had made contact with the pastor of Grace Baptist Church.  This one church has been feeding over 500 people a day.  After unloading what we brought, We spent an hour organizing all of the medical goods that had been dropped off at the church. 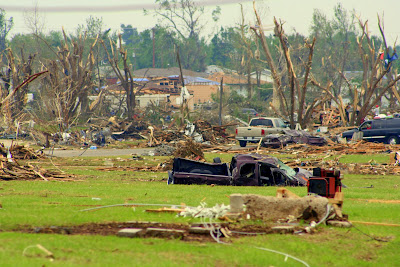 Karlye and I and Natasha, a girl who works in my office,  then headed out to help sort through the rubble of a house, looking for any thing of value that might be salvaged.  We would spend the remainder of the day just sifting through the crumbled remains, digging up pictures and coin collections and the like.  It was so inspiring to be joined in this endeavor by some 15 others people all coming on their own in groups to see how they could help out. Throughout the day other people in cars and trucks would drive by offering us barbeque and sandwiches, water and snacks.  They also came on their own, helping in their own way. 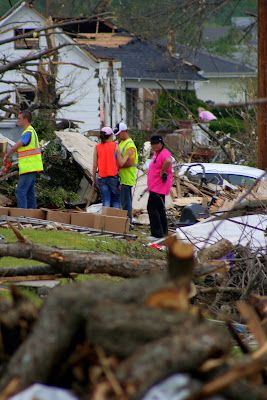 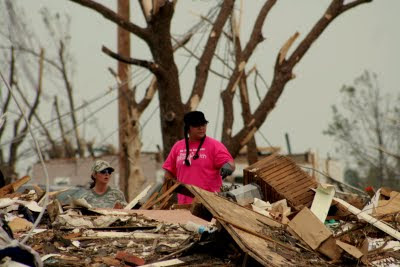 Still others came by in bands with chainsaws and heavy equipment, doing thousands of dollars worth of work for free, not even knowing for whom they were doing the work. 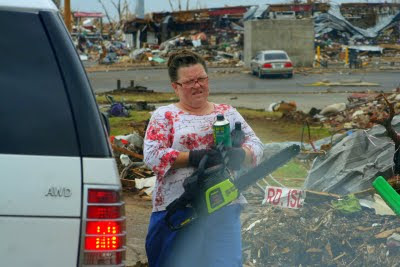 We joined in clearing away the trees that has been strewn about another neighbors yard.  When we finally left, we could see that we had begun to make a dent in that one corner of the street, but looking back down the road, it seemed like no headway had been made at all. 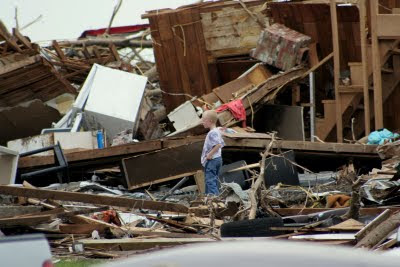 We had been told all week not to come yet, that they didn't need supplies, that the wok had not really started yet.  Fortunately about 9,000 people (according tot the local radio station) came anyway.
As we spoke with people, they urged us to come again, to bring whatever we could, and to help out in whatever way possible. 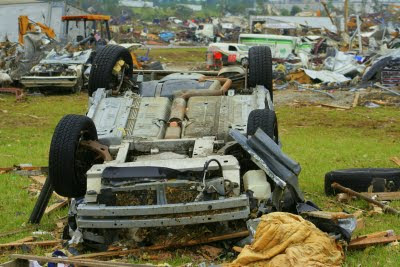 If you have been hesitant to go because you wonder if you are really needed, let me assure you, you are needed.  The people of Joplin told us they need you. 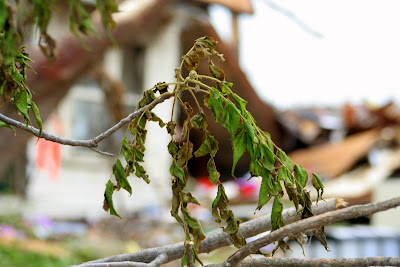 If you are hesitant to come because you don't know what you could possibly do, then I would tell you that there are a million things you can do.  Just  lend your hands to sift through the debris.  Lend your back to haul brush, lend your skills to sharpen dulled saw blades.  If you cook, serve meals to people.  If you Have a backhoe, lend your time to clear out the millions of tons of debris.  If all you can do is sit, then sit and listen or pray with people.  The only people not needed are the ones who's hearts are not moved with compassion for those suffering, and I'd bet even they could be used id willing. 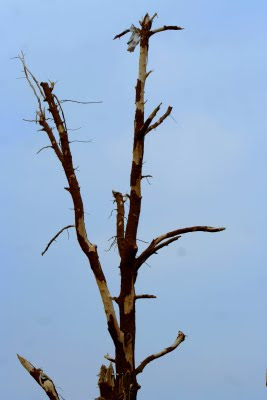 It is amazing to see the goodness that man is capable.  It reaffirms in me that we are created in the image of God, even though it often takes such tragedy to see that part of us come to the surface. 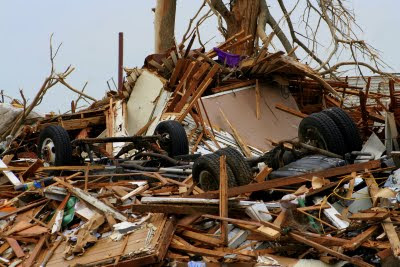 I'll leave you for now with a few pictures.  Say a prayer for the city of  Joplin and then keep praying. 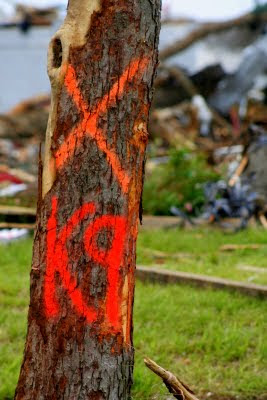 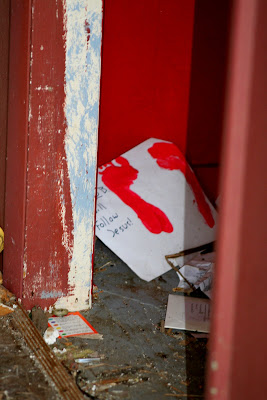 Don't wait for someone else to go in your place.  We will be going back soon.  Please join us. 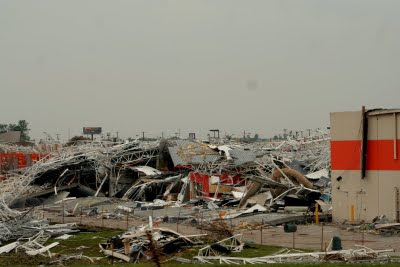 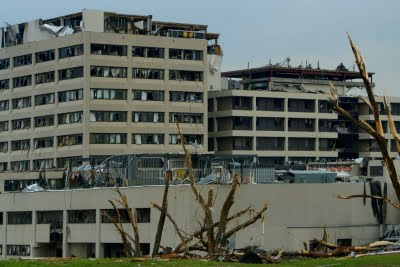