Well the long expected day finally arrived and we got our bees. My amazing wife overcame her fears and picked them up for me bringing home about 20,000 bees in out minivan. They were all safely tucked away in a couple of screened wooden boxes. Still though, she went above and beyond. 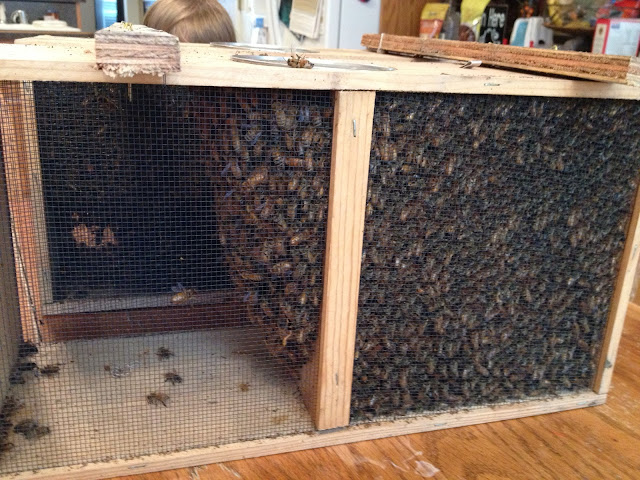 We let them stay in our basement a day until the weather warmed up enough to get them safely tucked away in their hives. Having never done this, I didn't really know how hard it would be.  It turns out it really wasn't all that hard.  We had a nice sunny day if just a little on the cool side.  Karlye invited several of her friends to witness the momentous occasion. I think mainly people came to see if I was going to get myself stung. 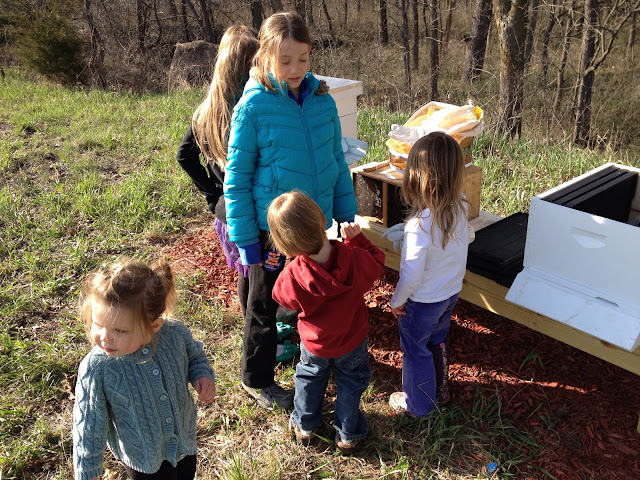 After getting everything set up, we had the kids step back and we opened up the box of bees and took out the queen (in her own little box) and then literally dumped in the bees. 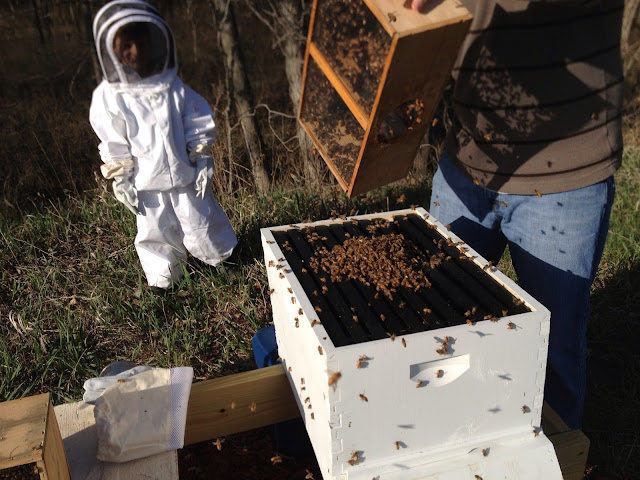 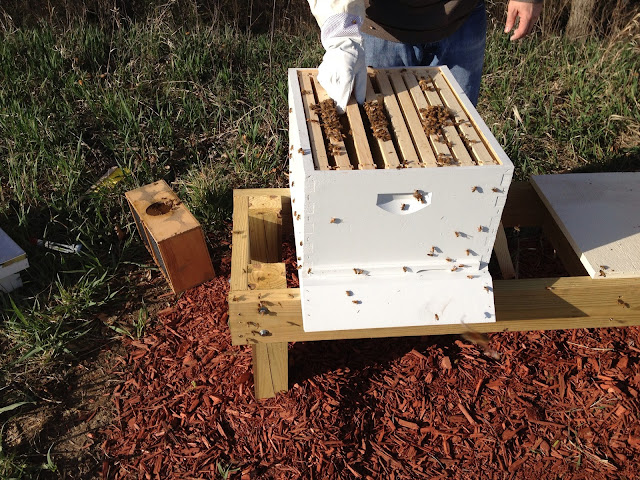 After getting the majority of the bees in, I hung the queen's cage (one in each hive) and then shook as many more bees as possible over the top of her.  When you first put a new queen in a hive, you have to give the bees a few days to get acquainted with her, otherwise they might kill her.  If you leave her in her cage, they can feed her and get used to her but she will be safe until she is accepted. 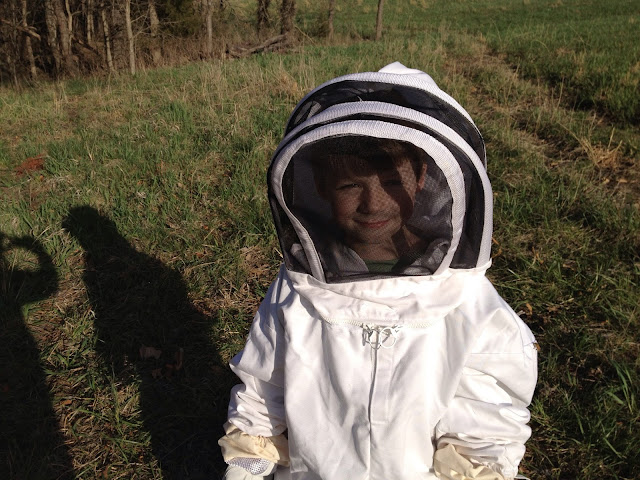 Once that was done, we closed everything up and called it a day.  We all had fun ( I think) and no one got stung.  I was quite happy with that. 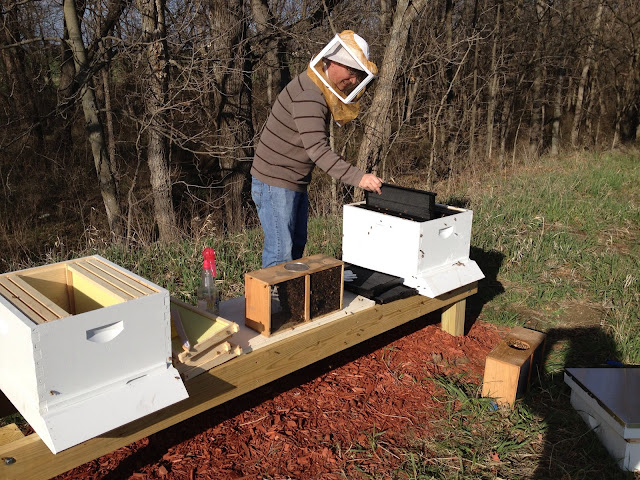 If you noticed that the two hives look different, it's because I wanted to run a little experiment.  You can use wood frames or plastic.  I wanted to see if the bees liked one better than the other and so I'm going to have one hive with wood frames.  That hive belongs to "Karlye Bee".  The one with the black plastic frames belongs to "Gracie Bee". (We decided that each of the ladies in this house needed a queen named after them.) 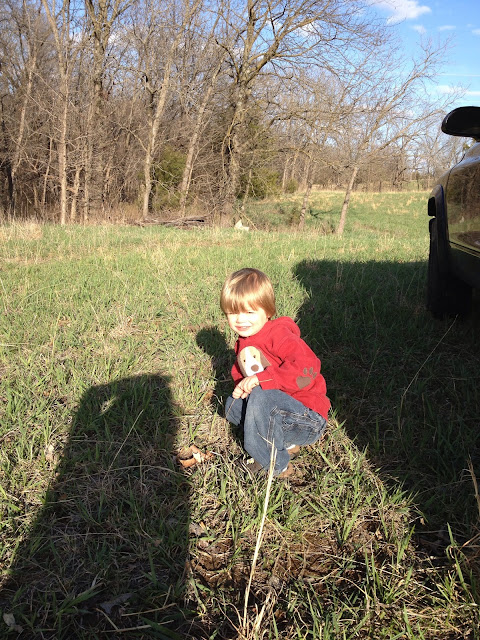 I then gave them a couple of days to get settled in and used to their new queens.  Today me and a couple of the boys headed back out to check on them, see if they had started drawing out any comb, and to let the queens free to start laying eggs. 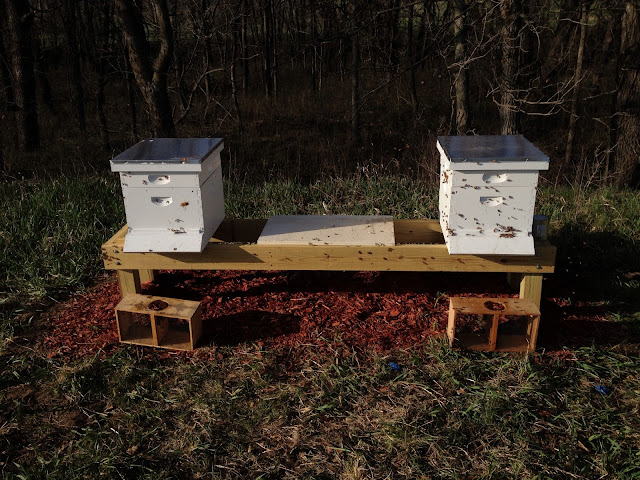 Hives all set up with bees installed

I opened up both hives and was happy to see that after 2 days, the girls had already gotten down to work and had drawn out a small amount of comb about 1/4 of an inch deep.  I got out the queens and then popped out the cork that was holding them in their cages. 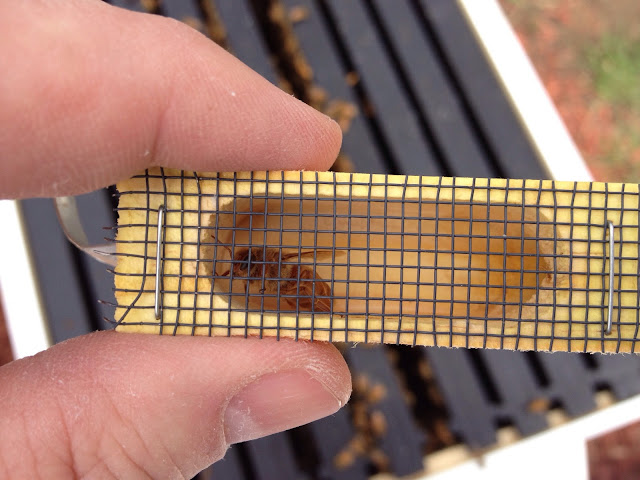 I then set the cages down and the little gals just walked on out and slipped down between the frames to begin their reigns. 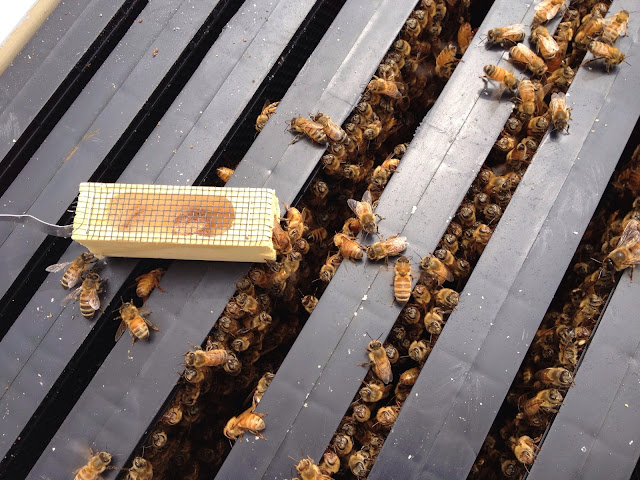 Gracie Bee as she leaves her cage and gets ready to start laying lots of eggs.

And that's about all there is to say at this point about my new adventure. So far so good.  No stings, no problems.  I know they will come, but for now I'm quite content. Karlye is being supportive, although I know she really doesn't care all that much.  The boys are excited for now.  I'd like to think that that will last for the next few years, but I'm not going to hold my breath. At least for now it's something we can do as a family and enjoy.  That alone almost makes it worth the effort. 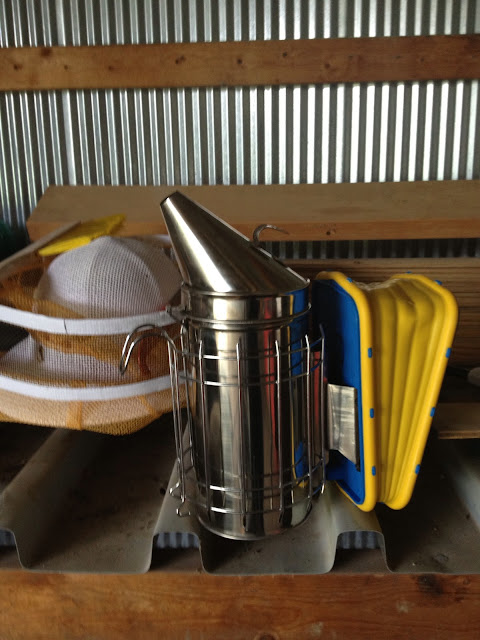