My kids amaze me with their boundless energy, their endless enthusiasm, and tireless fascination with the world around them.  They also have a way of driving me absolutely batty with their whining, loud obnoxious noises, and willful defiance.  Vacation seems to bring it all out, the good and the bad.  Not just in them either.  Their father as well.  I think it has a lot to do with lots of people in close proximity, in a change of environment, with no naps and a complete disregard for normal schedules and routines.  Those things effect the kids too.
I'd like to pretend that I'm super-dad.  I am not.  I'm starting to become super-grumpy dad.  That's not how I want them to remember me.  So, tomorrow I will work hard at making memories with the kids.  Yes, we will probably have way too much planned for what I want.  I will try and be understanding of and caring to my wife, who does not know how to relax on a vacation.  I know that this is an important week for her, and I need to make it as special as I can.  I can do better than I have been doing. 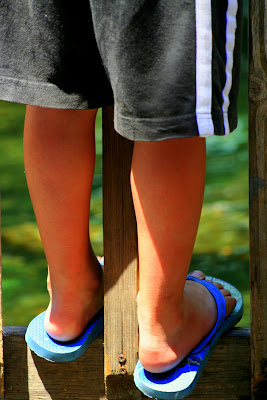 Not that we haven't had a great time.  We have taken in the trained cat show put on by the crazy man with a fake French accent.  We have had great sea food, except for the kids who won't eat anything but chicken fingers.  We learned the history of the last 500 years on Key West as well as the architectural styles of the houses built in the 1800's.  The boys got to make pretzels with Dave, the pretzel guy.  A wonderful, friendly man with a New York accent, who is friends and neighbors with my in-laws.  We ate hot dogs with all varieties of mustard on pretzel buns.  We got to hold hermit crabs, and conchs, and horseshoe crabs, and sea cucumbers at the aquarium.  We even got to touch a shark.  Of course, we also had chocolate dipped frozen key lime pie on a stick.  We have snorkeled (the kids have anyway), and splashed on the beach, and played in the pool.  We have hunted geckos and chased iguanas.  It has been a fun and eventful trip. 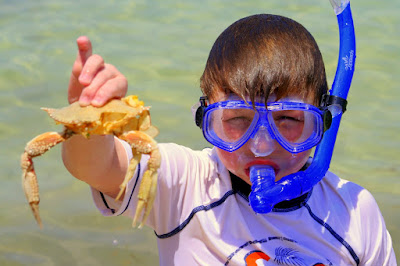 The best part of the whole trip for me has been taking pictures of the kids.  They have been so fun to watch and record. Will is growing up so fast, he wants to have me all to himself.  He wants to do what I am doing and be where I am.  I know he is so much like me.  I have to spend more time with him, getting to know him.  He's 8 now and that seems so young, but in 5 more years he'll be a teenager, and 5 years after that he'll be heading out into the world.  Time moves too quickly. 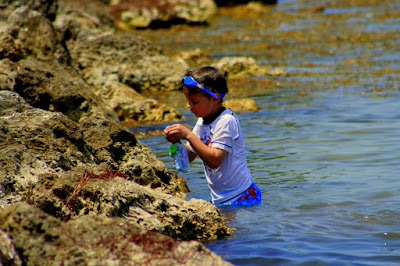 Caleb is so fascinated with animals.  He is so inquisitive.  It has been fun to watch him study and take things in.  He has been running around with a camera taking pictures for his kindergarten journal.  He is so proud of them.  We bought the two older boys underwater disposable instamatic cameras for the beach the other day.  Caleb wanted to know why you could only take 27 pictures.  I told him that it was because that's all the film they had in them.  "What's film?"  I tried to explain about negatives and darkrooms and processors and prints.  "Yeah, but can't you just print them out on the computer when we get home?"  I'm getting old.  I must seem a dinosaur to him. 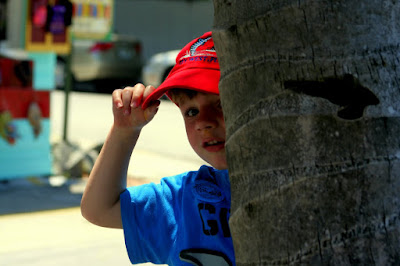 Josiah is, well, unique. He is the quirkiest of our kids.  It doesn't help that he's trapped in the middle never getting the respect or privileges that the older kids get, and never getting the attention of the younger kids.  He can be the sweetest kid of all and then other times.... Jo just wants to be like Will and Caleb at this point.  Joe also made Karlye's day when he was with her at the pool surrounded by other guests when he began shouting "I pooped in my pants!" so that everyone one would make sure and stare.  I did have to help with clean-up, but unfortunately missed the show. 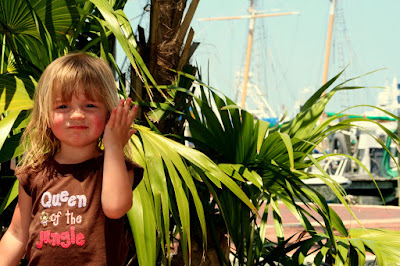 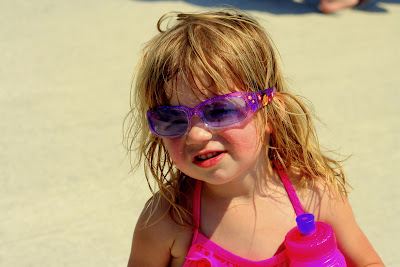 Gracie is as cute as can be, which is good, because she is starting to develop an attitude about everything.  I guess independence is a good thing, but we are going to have our hands full with this one.  I'm told all the time that she will have me wrapped around her finger.  We'll see.  We'll see. 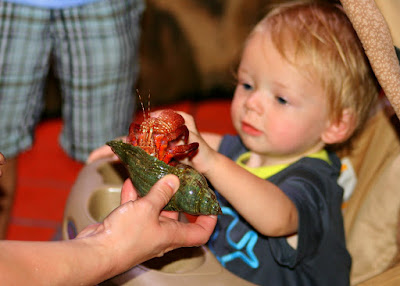 Elijah is starting to really become a part of the family.  He's developing his own personality.  he loves to entertain.  He likes to explore.  He doesn't like to sit still.  I am enjoying him fight for his own place in the chaos of our family.

Well, who knows what tomorrow brings? 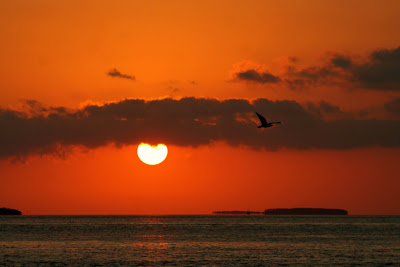