It is my favorite part of the day.  The rest of the world is sleeping.  My little ones too are snuggled away, lost in dreams that will fade forever with the coming of the dawn.  My face is warmed with an overdose of sun.  There is a cool breeze and a quiet peace.  For a moment I am alone. 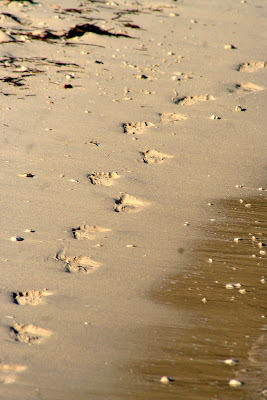 Where I sit on a third story balcony, 20 years ago there was some empty coastline.  50 years before that a shallow ocean washed over this spot.  Then a war came to Europe and the US Navy needed a submarine base.  The ocean floor was dredged to deepen the harbor and the sand and sediment were piled in this spot, among others.  This island grew.  Prior to that a small suspended highway brought cars to this end of the line destination.  The highway was built on the steel of a railroad that a hurricane had damaged in 1935.  The railroad had been built between 1905 an 1912.  The railroad had reshaped much of the island.  Prior to the railroad, ships had brought men and women here.  The US Navy had used this island as a port to maintain their blockade of the Confederates. Before that, the Navy had fought pirates from this island.  Before the United States laid claim to the island, the Spanish had used it as a port of trade.  The Spanish had discovered an empty island with sun-bleached human bones scattered on the shore.  The were the remains of a group of Native Americans who had fled here to escape the attacks of a hostile enemy tribe.  That was 500 years ago.  Before that for countless ages, coral grew and fed the fish.  At one point the Florida Keys were a barrier reef that during the last ice age was exposed to the air and became a chain of islands. 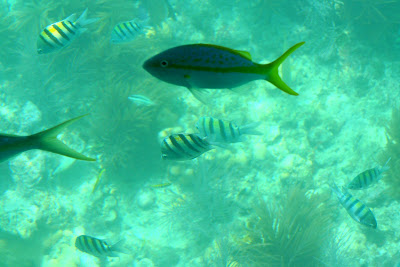 I find that little piece of history interesting.  I spent quite a while the other day trying to track down a map of this island made before everything was reshaped by civilization.  I'd like to be able to watch it all happen in reverse.  I wish I could sit 10 miles up in the sky and watch time roll back peeling layer after layer away until the first little coral set up shop.  I have always hoped God kept videos of His handiwork.  I would love to spend a good portion of the first part of eternity just watching the highlight reels of creation.  It fascinates me too to see how man can take God's canvas and paint our own mural.  How we can build a city on a pile of sand in the middle of the ocean.  It is a testament to our creative ability and ingenuity.  That was a virtue at one point in time.  It was part of being created in the image of God, that we too would create and build.  It was what separated us from all the rest of creation. 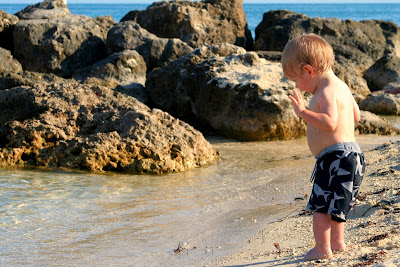 Now we have forgotten God and worship the coral.  We deny that we are different, that we are higher than the other creatures.  We want to pay penance for desecrating the natural state of things rather than see that God provided the architecture and let us decorate the walls.  I think at times, He might even get pleasure at looking at what we've made.  I know I enjoy seeing the pictures my children hang on the refrigerator door.  I also think that those people who moan about the sanctity of nature and the evil of the presence of man are quite hypocritical.  After all, I can look off shore and see small little un-inhabited little islands.  The are all very pristine and natural, and yet somehow I don't see any boats hauling vacationers out to stay for a week in the true beauty of the natural setting.  Somehow everyone seems quite content to sit in their air conditioned hotel rooms with flush toilets and continental breakfasts. 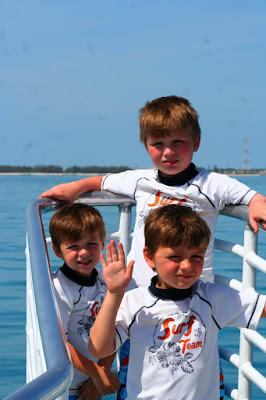 I want my children to be good stewards of the world that God created for them.  I want them to appreciate it, and respect it, but never worship it.  I want them to know the world as a wonderful gift from God rather than believe as they are being taught in school and on TV, that it IS god. 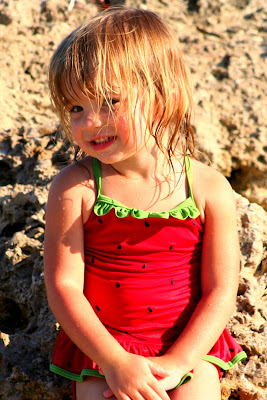 Well, tomorrow we head home.  I am glad about that.  Yes I know there is no ocean there and the weather will be cold and rainy.  It is home though.  It is familiar and safe.  I know my place at home.  I am grounded at home.  Karlye will never understand that about me.  For me, home is not a place I need to escape from, but rather a place I can retreat to.  It is where I recharge.  Vacations deplete me, being home refills me. 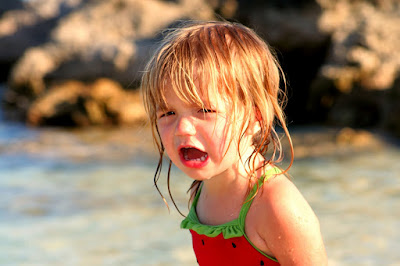 Caleb and I had a great day together, fishing on the ocean.  He is quite convinced that he is one of the worlds great fishermen.  It was such a treat to share that experience with him.  He is a good kid.  Strong headed and tenacious.  If we can teach him to live for what really matters, nothing will ever distract him.  He has a confidence in himself that I never possessed.  My challenge will be to nurture that confidence, help him learn humility, and teach him to dedicate his life to serving God. 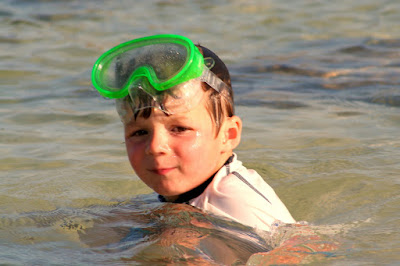 We leave Key west in the morning.  I'm not sure that Key West will miss us.  There is still a trail of dried brown spots, up the 3 flights of stairs to our room, marking the trail of Josiah  after his accident in the pool.  Grace added a few more of them yesterday when I had her at the pool with the 3 older boys.  Josiah didn't want me to miss out on the embarrassment Karlye got to experience without me the other day.  I was sitting there with the 4 of them when he started shouting at the top of his lungs, "GRACE POOPED IN THE POOL!  DAD, COME HERE, GRACE POOPED IN THE POOL!" 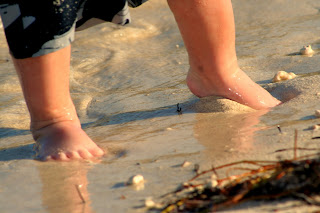 I suppose I should get some sleep.  Tomorrow promises to be a long, arduous day of travel.  We will arrive home late with kids who have fallen asleep in their car seats and have to be scraped out and carried sobbing to their beds.  I can tuck them into their own beds.  I will feel content.  We will have survived another vacation with no serious injury or missing persons reports.  We will have made some great memories. I will most likely be the last one awake.  As I turn out the last of the lights and tuck myself into my own bed, I will sleep a deep sleep knowing that our family has somehow been enriched by this week.